Are Grits Gluten-free? The Secret To A Healthy Life 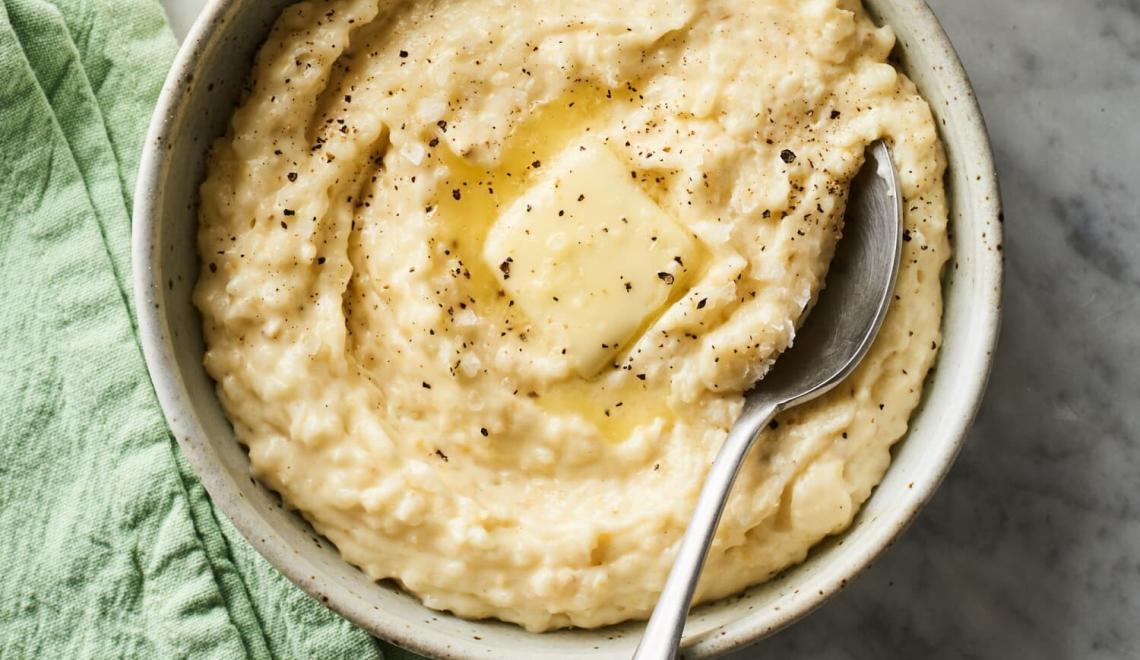 Grits are many things: They’re delicious, versatile, and oh-so-easy to make. Being affordable sources of carbohydrates and protein, they’re also an excellent base for all kinds of grain products. But should we really eat it? Are grits gluten-free? What do they even taste like?

If you are hesitant to try it, we totally get you! Everyone wants to eat healthily, and you will be one step closer to your dream diet with today’s info-filled article, so hold your spoon, and let’s get started!

What Are Grits? What Are Some Types Of Grits?

Grits is an easy meal made from white or yellow corn (a variety of corn with a higher starch content, which gives grits their creamy, soft texture) that has been dried and soaked in lye to remove the hull. Then, they are cooked in various liquids like water, milk, or broth, until the mix reaches a thick, creamy, porridge-like consistency. Grits are usually served for breakfast or as a side dish.

Despite the simple material preparation, there are many different kinds of grits. For example, there are stone-ground grits, a product of whole, dried corn kernels with a relatively short shelf life, meaning they can be tough to find in a typical run-of-the-mill grocery store. We also have hominy grits by drying the soaked corn kernels and grinding them into grits. They generally take less time to cook than the stone-ground ones but lack the authentic corn flavor.

Or, may Southerners forgive me for daring to say these words, instant grits. The name alone should be a pretty big hint to what they are: A precooked, dehydrated version that has both the pericarp and nutrient-rich embryo removed so that they can stay on the shelf longer and cook faster. Understandably, they are not as naturally flavorful as others and an affront to some people.

Mr. Tipton in the movie My Cousin Vinny said it best: “No self-respectin’ Southerner uses instant grits. I take pride in my grits.”

Traditional grits come from corn only, so they are naturally gluten-free. However, the corn can cross-contaminate with some gluten food components during manufacturing, so keep that in mind depending on your gluten-sensitivity level. Furthermore, some gluten-based grains, like barley, can also be used to make grits, so be sure to check the ingredients before buying a package.

Grits typically have a mild, bland flavor, with some comparing it to cornbread. Since the cornmeal is processed before cooking, its primary taste takes after the ingredients used during cooking, like butter, cheese, or bacon.

If you want to get a sample taste, you are in luck. This southern specialty is currently gaining ground outside of its traditional stronghold, thanks to restaurants exposing more and more people to this delicacy.

Should We Eat Grits Sweet Or Savory

Grits can be served in multiple ways, be they savory or sweet. However, recent debates about the “true” taste of grits have sprung up all over the places, with fellow grits connoisseurs heatedly defending their liking, which mostly agreeing on the saltier choice.

User Queen_Starsha, in a r/AskAnAmerican thread titled: “Southerners: Who puts sugar in their grits?”, claimed that they only “ate them with salt and butter”. User Deolater seconded, saying that sweet grits are apparently attempts from people “trying to turn grits into oatmeal”, while nemo_sum sum up their thoughts in one word: “Monsters”.

Things, however, are not always light-hearted. As a staple in the Black community, grits have become an essential part of the fabric of American life. And people will go to lengths to protect what they deem as their culture, their way of life.

Can My Dog Eat Grits?

“Can dogs eat grits shrimp and grits calories” may also be another question that you want to know. The good news is unless your dog is allergic to corn, it won’t have any problem eating grits. Though most dogs can digest corn, you should probably double-check first.

The bad news is, grits aren’t good for our little furry friend. They’re high in carbohydrates and lacking in protein, meaning grits are, in essence, “junk food” for your dog. Consuming in moderation won’t get it in any trouble, but too many carbs and you are inviting weight management issues and health problems down the road.

Furthermore, grits aren’t toxic by themselves, but we can’t say the same about the extra ingredients and seasoning, like onions or butter. If you want to give your small companion some, best serve them cooked and unseasoned.

And that’s the end of our article. So you got the answer to “Are grits gluten-free?”. To recap, grits, being from corn, are naturally gluten-free. Still, some instant grits may get contaminated while being manufactured, so we recommend buying explicitly gluten-free brands if you have some gluten-related health problems. Grits can be either savory or sweet, so feel free to experiment yourself.

Finally, if your dog is not allergic to corn, grits can be a special little treat for your canine friend but should only be done in a small serving without other potentially dangerous ingredients.

If you want to read more food-related content, check these out

> Butter Is Not A Carb, But How Much Calories Are In A Stick Of Butter

> Want More Of Starbucks’ Almond Milk Latte’s? Here Are The Top Drinks You Must Try

In the mood for something different? Not to worry, we also got you covered