Can You Eat Pepperoni Raw? And 5 Questions About The Seasoned Sausage Answered 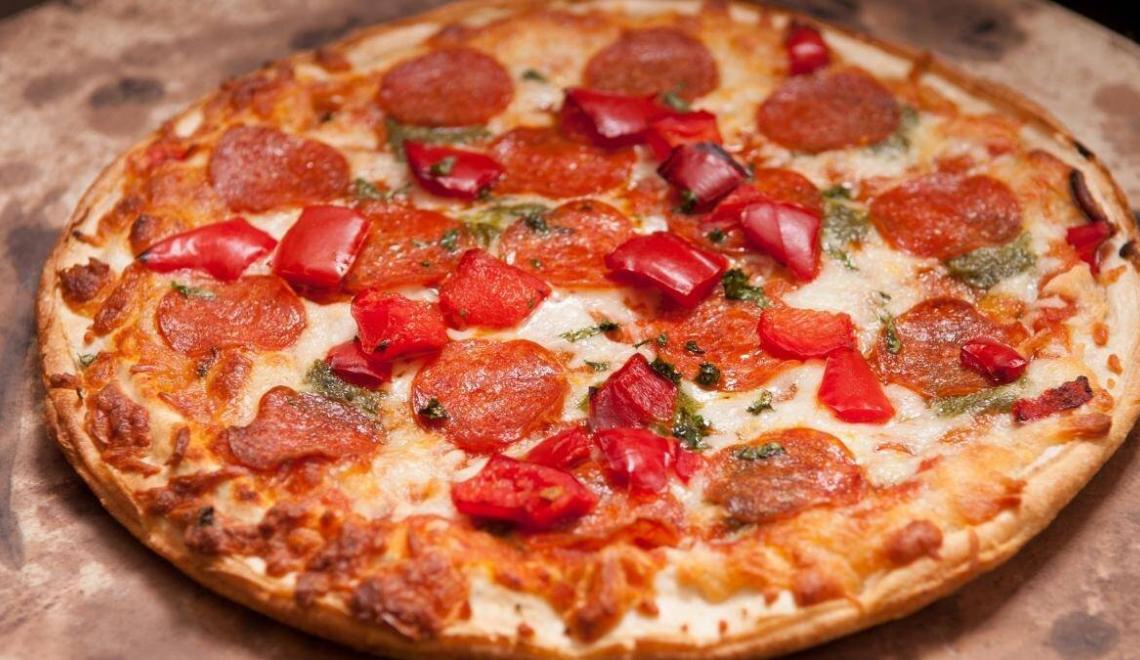 Pepperoni is a food that many enjoy on its own, but they’re ingredients found on pizzas and many pasta recipes most of the time. However, not many people know how this sausage is processed and produced, which begs the question: Can you eat pepperoni raw?

Of course, being a foodie doesn’t mean you’re also good at cooking your food. So, it’s only natural for many food lovers to want to get their cravings quenched without much effort. Let’s face it – cooking and preparing your food is tiring, not to mention the dishes that need washing after.

So, it’s only understandable why many people would want to take the shortcut to a satisfied and full stomach. If this sentiment is something you can relate to, keep scrolling with us to get to the bottom of a lazy foodie’s question, “Can you eat pepperoni raw?”

Do you love pizza like most people? Click here to find out how many carbs are in a slice of pizza.

Five Questions You May Have About Pepperonis Along With Some Answers, Of Course!

Pepperoni is typically a raw, dry-cured, fermented sausage. However, you can sometimes get cooked pepperoni in supermarkets that you just need to heat it when you get home. But if you’re wondering, yes, the pepperonis found on pizza are always cooked. But can you eat pepperoni raw?

Although pepperoni is mostly uncooked, it is safe to consume raw because of the curing and fermenting methods that preserve the meat. But wouldn’t that make pepperoni unsafe since it might still have some germs that could upset your stomach?

Undercooked meat is unsafe because it is still possibly full of bacteria and parasites. Pepperonis, on the other hand, are cured and fermented. Any bacteria left in the pepperoni is killed during the process, making it completely safe to eat raw. Yes, there are uncured versions of pepperoni. If you’re wondering what it is, then it’s time we find out.

What Is Uncured Pepperoni?

Since we are already on the topic of cured and uncured pepperonis, let’s find out the answer to “What Is Uncured Pepperoni?” Usually, these pepperonis have no nitrates, chemicals, or any kinds of additives put in them. Uncured pepperonis rely on natural salts and flavorings, whereas cured meats need chemicals and additives to process them fully. Because many people are allergic to nitrates and other additives, uncured meat and fish are preferred by many.

Uncured pepperonis use celery powder as a natural preservative, which, when processed, turns into nitrite. Uncured meats show a label saying there are no nitrates or additives in them except those found naturally in celery powder or juice. Many would consider it a healthier option, although its shelf life would be so much shorter. But to prevent the meat from getting spoiled sooner, it usually has a higher sodium content.

Do you love dairy? Click here to find out how many calories are in a stick of butter.

How Is Pepperoni Prepared?

Factory workers make pepperoni by combining finely crushed pork and beef with some fat, along with some finely ground herbs and spices, including anise, pepper, salt, paprika, and more. They also add sugar as a flavor enhancer and a fermentation agent. Curing the meat would soon follow, which is a process that removes excess water and removes leftover bacteria in the mixture. They cure pepperoni with various ingredients, the most common of which are sodium nitrate or salt. Nitrate is required for the flesh to be red or pink because the meat would appear greyish without it, and you wouldn’t want that.

After that, the meat is refrigerated for around three days. When enough time has passed, the factory workers place the mixture in sausage casings. They put the sausages back in the refrigerator for about a day. Finally, the pepperoni is ready to be hung for many weeks in a cooler environment. To complete the fermentation process, they must also infuse the meat with lactic acid bacteria. Lactic acid also lowers the pH level of meat, allowing it to last longer.

To give pepperoni its famous smoked taste, the factory workers frequently smoke the finished product after fermentation. Depending on the amount of meat and the desired level of smokiness, this is done in a smoke chamber for 10 hours to three weeks – yes, it could take that long. As we all know, germs thrive in warm and humid surroundings, so pepperoni is safe to eat raw if it’s kept at a low temperature and kept dry.

How do they make Pepperoni?

Are you a huge fan of Starbucks? Click here to find out how many calories are in Starbucks almond milk latte.

What’s the Difference Between Pepperoni And Salami?

Pepperonis and salamis are commonly mistaken for the other, and it’s understandable as they could look the same, but there are notable differences between the two. Pepperoni is spicier than salami and has a finer grain texture, whereas salami is chunkier. Between the two, salami is more versatile as it may be used in both cold and hot meals, whereas pepperoni is typically prepared hot, especially on top of pizzas.

Pepperoni has a spicier flavor than salami, which can be almost flavorless and softer depending on how it was processed. You might also be wondering, “Can you eat salami raw?” and the simple answer is yes!

Salamis also go through a curing process, which gives the meat its rich flavor. Despite being uncooked, this method ensures that salami is safe and ready to consume. All store-bought salamis are ready to eat and do not require cooking, actually as they are dry-cured, which means it’s been dried to the point that it’s safe to eat.

Do you have weird questions that keep you up at night? Click here to find out where flies go at night.

Go And Get Your Pepperoni Fix – Eat It Raw, Cooked,

It’s normal to ask questions like, “Can you eat pepperoni raw?” as we’ve all heard and seen people eating it right after they bought it from a supermarket. But, of course, we don’t really know the explanation behind it and if it’s even safe. Now that you know, you can get your pepperoni from your nearest store and eat it without worrying about upsetting your stomach.

Are you interested to see more related topics? Check out JobandEdu and our Science page.