Behind Everyone’s Favorite Summer Drink: Does Orange Crush Have Caffeine? 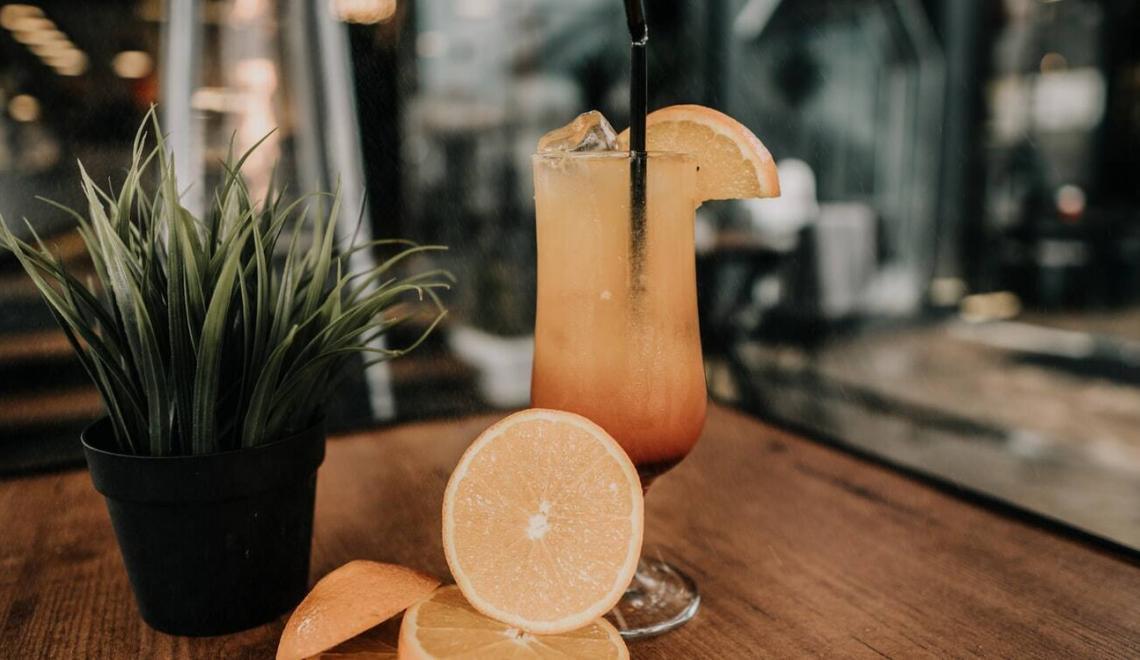 On the first day of summer. On the beach. In the morning. On a long road trip. We can treat ourselves with a cold orange crush literally anytime, and nothing can match that feeling of joy and satisfaction. But, before you take a sip, you might want to consider one thing: Does orange crush have caffeine?

If you choose to avoid caffeine, you are not alone. For many reasons, including negative health effects, religious constraints, pregnancy, and other issues, many have eliminated caffeine from their diet. Some may simply moderate their intake and stick to just one or two caffeinated drinks per day. But, does it prevent you from enjoying your favorite summer treat? The answer lies right here!

What Exactly Is Orange Crush Made Of?

It’s not an exaggeration to say that Orange Crush Soda is one of the most popular soft drinks in the world. The orange soda everyone goes crazy for today was invented more than 90 years ago under the name Ward’s Orange Crush. Neil Ward – a chemist from California, cooperated with Clayton J. Howell – the president and founder of the Orange Crush Bottling Company in 1916 to create a more flavorful orange syrup.

The Orange Crush Company was formed as a result of their partnership, and Ward immediately began to work on the first Orange Crush formula, which was later named after him.

Originally, the soft drink was made of real fruit juice. If that’s what you still think, you are not the one at fault – I mean, it has fruit in the name and an image of an orange slice on the label, right? Unfortunately, it’s not the case. From 1962 until now, the brand has gone through some ownership transfers, which led to several reformulations. Nowadays, your favorite Orange Crush consists of:

Does Orange Crush Have Caffeine?

So, does Orange Crush have caffeine? All of the ingredients listed above have no caffeine in them, so it’s safe to say that this soft drink is caffeine-free.

However, it still poses some health risks, mostly due to its high sugar content and artificial dyes. Each bottle of this 12oz orange soda contains 44g of sugar, more than 2 Snicker candy bars and twice AHA’s recommended daily amount for a child. Yes, we expect soda to be sweet, but consuming this much sugar in a day can put one at risk of obesity and type 2 diabetes.

You might want to check out: How many Oreos are in a pack?

Artificial colorings such as yellow 6 and red 40 give Orange Crush the beautiful neon orange hue, but there is ever-increasing evidence that they are linked to many health problems. Being a by-product of petroleum, red 40 has been proven to cause negative behaviors in children. Limiting the consumption of this food coloring is beneficial for them, especially those with ADHD. For that reason, some countries have banned these food colorings’ use.

So next time, if you reach out for a bottle of Orange Crush thinking it will give you a boost of vitamin C, think again. As harmless as it sounds, this soft drink is a sugar bomb that can do a number to your health.

Rather than drinking Orange Crush all summer, your health will thank you if you go for 100% pure orange juice. This good old-fashioned drink has a naturally sweet taste and does not contain any added sugar. Furthermore, it will help you lower the risk of cardiovascular disease and prevent your body from inflammation.

In case you look for a little fizz, simply mix pure orange juice with some sparkling water for an Orange Crush flavor without any harmful ingredient. You will experience the same feeling of joy and satisfaction while avoiding any unwanted health effects.

Now that you got the answer for ‘Does orange crush have caffeine’, what about other soft drinks? Even though many soft drinks available on the market are caffeinated, you still have several caffeine-free options. Let’s take a look at some popular sodas:

You will be surprised to know that not only Coke but also Diet Coke contain a hearty caffeine content, which can be troublesome for those looking to cut down their caffeine intake.

This amount depends on several factors, including serving size, but generally, Coke contains 32 mg of caffeine per 12-ounce (335-ml) serving. Diet Coke is higher in caffeine, with about 42 mg per 12 ounces (335 ml).

Fortunately, the company now offers decaffeinated varieties, making it easier for those who want to eliminate caffeine from their diet.

Does Sunkist have caffeine? Well, most orange sodas are caffeine-free, but Sunkist is an exception to this rule. This popular soft drink used to have 41 milligrams of caffeine, but the formulation is now 19 milligrams.

There is a fun fact for you: In 2010, Sunkist mistakenly infused its 12-ounce soda cans with a whopping 238 milligrams of caffeine. They then received several complaints from their customers, saying the soda had led to an odd medicinal flavor. Others said they threw up and even had to go to the hospital overnight.

As a result, the company had to pull more than 4,000 cases of soda from store shelves. Years later, Sunkist eventually reduced its caffeine content to only 19 milligrams, which still stands today.

It is a ginger-flavored soda often used in mixed drinks or as a home remedy for nausea. So, is ginger ale caffeine-free?

There is good news for you: The drink is not only non-caffeinated but also beneficial for your health. Some soft drink brands, such as Canada Dry, use real ginger extracts for their products. Smaller companies may also use natural flavors, or even whole ginger root, so check the ingredient list if you’re unsure.

Another well-known ginger-ale manufacturer is Schweppes. Caffeine-free diet versions of both Canada Dry and Schweppes are available.

Cream soda is a beverage that mimics the creamy flavors of vanilla ice cream.

The drink is available in two flavors – classic, amber in color, and red cream soda with a brilliant red. Both of them are decaffeinated, so those looking to cut down their caffeine intake can freely enjoy. Barq’s, A&W, and Mug are among the most well-known brands.

You can recognize this dark soda immediately thanks to its unique, earthy flavor. However, most root beer available on the market is artificially flavored.

Most root beers contain no caffeine, but Barq’s product does have some. You can look for some well-known decaffeinated brands, such as Mug or A&W.

This summer, you don’t have to wonder ‘Does orange crush have caffeine?” anymore. As you can see, there are many caffeine-free soft drinks available on the market. They come in a wide range of flavors across different brands.

Still, many of these are loaded with sweeteners like high-fructose corn syrup and various additives. If you watch your intake of these substances, you may want to opt for healthier options, such as pure juice or homemade cocktails.
Do you want to check out the latest food-related content, such as “How Long Can Cooked Chicken Sit Out”? Head to our Homepage for more!