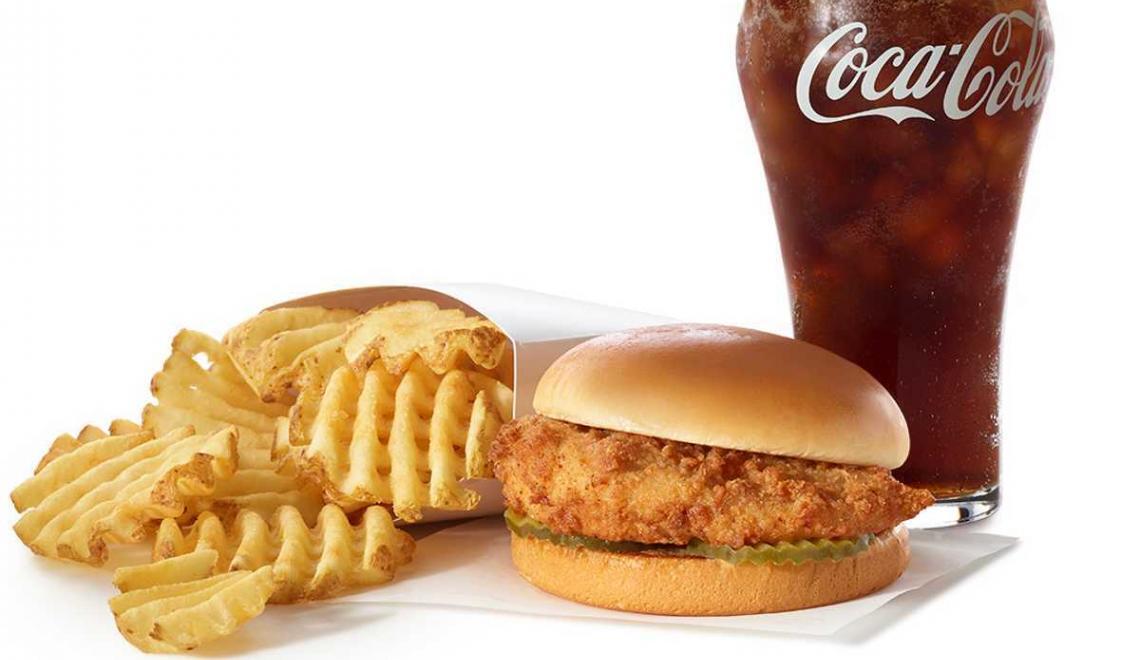 It’s essential for businesses to build their reputation that could, later on, become a brand. There isn’t a lot that has done an excellent job of using their chicken meals and sauce as their main products for restaurants. Of course, there’s KFC, and then there’s also Chick-fil-A which has been around since 1964, making them the “Home of the Original Chicken Sandwich”. They also have their infamous sauce that many love and patronize for its awesome flavor, but it doesn’t mean their food are healthy – well, what can you expect from fast food? So, let’s look at the history of the fast-food giant and explore Chick-fil-A Sauce’s calories and their other meals’ nutritional value.

Chick-fil-A Chicken Filet, In A Nutshell

In case you haven’t noticed, Chick-fil-A’s name is a pun on the American English pronunciation of the term “filet”. It may not be a globally-known brand like McDonald’s or KFC, but it is one of the largest fast-food chains in the USA, and, true to its marketing, it is the largest restaurant specializing in chicken sandwiches. The company’s main headquarters is in College Park, Georgia, and it has branches in Hawaii, Puerto Rico, Canada, and more.

Let’s also look at the company’s history and how it became the American fast-food giant. Of course, we will also look at more fun facts about their food, especially Chick-fil-A Sauce’s calories, so you’ll know which you can consume more without worrying about your weight and health.

In 1946, S. Truett Cathy, the previous chairman and CEO of the firm, founded Chick-fil-A. After 15 years in the fast-food business, Cathy discovered how to cook a chicken sandwich using a pressure-fryer and started the company by registering it under the name Chick-fil-A, Inc. in 1961. Of course, everyone knows that their chicken sandwich is the main item on their menu, which they trademarked with the tagline “We Didn’t Invent the Chicken, Just the Chicken Sandwich”.

Christian religious views primarily influence Chick-fil-A as S. Truett Cathy is a fervent Southern Baptist. Unlike most restaurants and fast-food chains, all Chick-fil-A restaurants are closed on Sundays, Thanksgiving Day, and Christmas Day, as a nod to Sunday Sabbatarianism. To honor the Western Christian liturgical season of Lent, Chick-fil-A promotes fish sandwiches as a way of abstaining from meat. In recent years, it went under fire for its stance against same-sex marriage and anti-LGBTQ+ actions, which isn’t surprising for a strictly religious company.

While the current CEO Dan Carthy’s problematic actions and opinions towards the LGBTQ+ community and same-sex marriage still stand, he has said he would “shut up” about the issue. He has also promised that his staff will cease to discriminate against any LGBTQ+ community member as it’s bad for business – of course, it is, duh!

Besides these changes that they are implementing, Chick-fil-A also made headlines in 2017 and 2019 because of some good news. The company opened on a Sunday to prepare meals for passengers stranded at Atlanta Hartsfield-Jackson International Airport due to a power outage. One of their branches in Mobile, Alabama, opened on a Sunday to honor the birthday wish of a 14-year-old boy who has cerebral palsy and autism to have a Chick-fil-A meal.

Do you like dairy products? Find out how many calories are in a stick of butter, then.

The Rise Of Chick-fil-A

In 2008, Chick-fil-A became the first fast-food restaurant to stop using trans-fats, which many health experts consider the worst and unhealthiest type of fat you can consume. Trans-fats cause “bad cholesterols” in your body, which increases the risk of heart diseases in many adults. Well, this sounds good knowing that their famous chicken burgers aren’t that unhealthy compared to most fast foods. But let’s also look at their other food and find out more about Chick-fil-A Sauce’s calories.

So, how many calories does Chick-fil-A sauce have? Each serving of their sauce contains 140 calories or 28 grams, which is a lot! This amount is what each packet sold and served at Chick-Fil-A restaurants has. Simply put, Chick-fil-A is calorie-dense with high fat, sugar, salt, and cholesterol, so if you’re looking to lose weight or get healthier, it might not be an excellent sauce to consume all the time. It’s also low on protein and fiber, so it is definitely not a healthy sauce to be munching on all the time.

Of course, it’s no surprise that Chick-fil-A’s main sauce is unhealthy – it’s fast food, after all, and people usually use it to complement their burgers and other meals. Of course, consuming their sauces every time you want to enhance the flavor of your meals will not be harmful, especially if you eat it with a considerably healthy diet. You can still enjoy it, but, just like most food, you have to use it moderately.

Are you a fan of Starbucks? Find out how many calories are in a Starbucks almond milk latte.

Chick-fil-A’s buffalo sauce or Zesty Buffalo Sauce has the fewest calories among all their sauces – each serving has only 25 calories. The Sweet and Spicy Sriracha Sauce and Barbecue Sauce have 45 calories per 28g serving, which is relatively lower, especially next to Chick-fil-A’s Honey Roasted Sauce, which has 60 calories.

Of course, fast-food chains aren’t famous for serving the healthiest meals, so these numbers don’t come as a surprise. But it’s good to know that you can enjoy their Zesty Buffalo Sauce with Chick-fil-A’s Grilled Nuggets – 12 Count or 12 pieces, which is notorious for having 200 calories – yes, it’s that much! Here is a chart showing the number of calories of Chick-fil-A sauce to make things easier to follow.

Looking at this chart, you can see that the yummy Garden Herb Ranch sauce has as many calories as the Chick-fil-A sauce! They might be delicious, but you’ll start gaining some unwanted weight if you have too much of them. So, if you love dining in at Chick-fil-A, then you should settle for the sauces at the bottom of this list – they’re just as good, but it would make you feel less guilty.

You Are What You Eat

It’s fine to indulge yourself in fast food now and then, but you shouldn’t make it a habit. There’s nothing wrong with having Chick-fil-A’s burgers once in a while, especially when you consume their food in moderation. We know their food is sinfully good, but just remember Chick-fil-A’s sauce’s calories are too much!

Do you want to read related articles? Check out Jobandedu.