How Long Does Soup Last In The Fridge? 2 Best Ways To Store Soup Effectively At Home 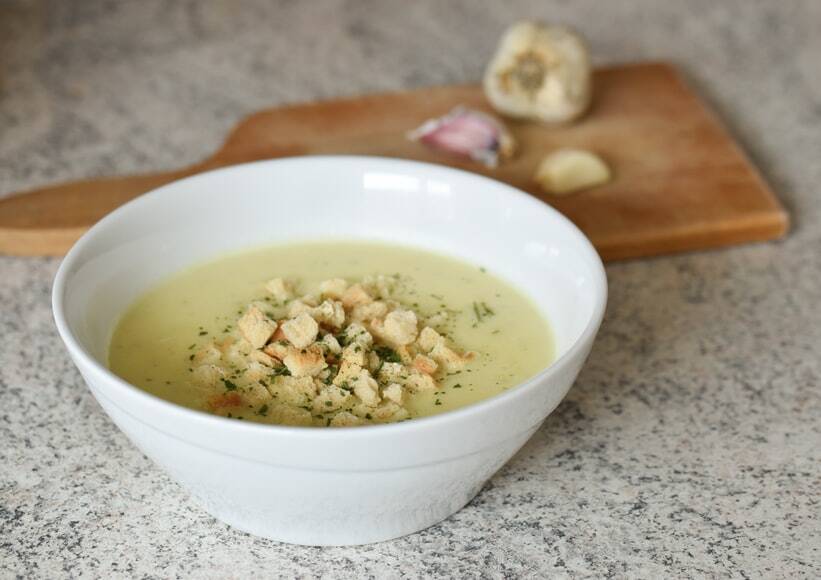 We’ve all been there when we accidentally cook too much soup and don’t want to waste it. In such cases, most of us will put it in the fridge. Yet, do you know how long does soup last in the fridge? Today’s article will answer your question. We’ll also introduce the 2 best ways to store soup effectively at home.

How Long Does Homemade Soup Last In The Fridge?

Usually, soup lasts in the fridge for up to 72 hours. However, based on specific ingredients and soup types, the shelf life of soups varies.

Indeed, a simple, vegetable-based dish containing acidic ingredients, like tomatoes, has a longer shelf life. Meanwhile, chicken soup usually is good for 3 – 5 days. Soups containing cream can be refrigerated for up to 72 hours, while you can refrigerate seafood soup for 48 – 72 hours.

How Long Does Canned Soup Last In The Fridge?

Low-acid tinned products, like meats, chicken, seafood, gravy, stews, and soups, could be refrigerated for 3 to 4 days. While you may safely store the soup in the can, it will preserve more taste if switched to a glass container.

How Long Can Cooked Fish Stay In The Fridge?

According to the USDA, refrigerated fish should be safe for human consumption for up to 72 hours. However, refrigeration delays but does not eliminate bacterial development. As a result, it is critical to consume food within the appropriate time frame before it degrades or becomes harmful.

How Long Does Chinese Food Last In The Fridge?

Like every other food, you may refrigerate Chinese food for 3 to 4 days. Note that the dish in the refrigerator does not go bad immediately after 5 days. Instead, it steadily degrades, increasing your chances of getting foodborne illness if you consume it.

Any sort of soup will remain safe to eat in the refrigerator for 3-4 days generally, but if you like to prolong the shelf-life, keep the temp constant at 2°C. Refrigerate your soup in single-serving amounts for easy reheating. Keep it in a sealed container for a longer lifespan, too.

Also, don’t leave the soup out at room temperature for longer than 120 mins before refrigerating. Additionally, do not place a big hot soup container in the fridge.

If you wish to increase the storage life of your soup, you can freeze it. Soups and stews will remain good in the refrigerator for 4-6 months if properly preserved. If the freezing temperature remains constant at 0°F, the soup will be good forever.

Pour the soup into a saucepan and cook on the cooktop for 2-3 mins, or bring to the boil every so often. If the soup used a clear stock, you might restore the watery texture by introducing more water. It helps to replace the evaporated water during the boiling process.

If the soup has been frozen or refrigerated in a glass container, it can be reheated using the microwave on low heat settings. However, it is not advisable to microwave soup kept inside any container apart from glassware.

Prepare in advance and try defrosting your soup in the fridge for at least 6 hours. Once it has been thawed, place it in a skillet or saucepan and bring it to a simmer over low flame.

Reduce the temperature to a low setting and allow it to simmer. If you wish to introduce additional veggies or meat to your soup, you may pour in extra water so that your soup is not too thick.

If the soup is thick or includes veggies, this is a fantastic option. The consistency of the crème or dairy in the soup will not be affected by indirect reheating. Place the jar or container into a warm water bath and bring the water to a low-medium temperature.

Note: After warming your soup, keep bringing it up to a simmer once and then kill any unwanted bacteria. If the soup contains cream or starch, reheating it may thicken and make it salty. In this situation, it’s essential to double-check that the soup looks good and doesn’t have a bad smell.

How To Know If Soup Has Gone Bad

If your soup has gone bad, you will detect a variety of deteriorations in its flavor, consistency, odor, and look. So here are some steps to tell if your soup is still edible or not:

Check your soup using your eyes. It should have its initial appearance and show no symptoms of mold. Even if there is some clotted lard in the soup before heating it, it should not look murky. Furthermore, there should be no sedimentation occurring.

Whenever you sniff your soup, it should smell delicious. If your food stinks or gets sour or nasty, it has mostly gone bad and should be dumped. Should your soup seems stale or unpleasant, don’t taste it to see if it’s safe to eat. It is possible that eating nasty food will leave you sick.

Look at the container

If you’ve put your soup in a jar, or if it’s a ready-made one that arrived in a receptacle, checking the receptacle can tell you if it has gone bad or not.

If the receptacle seems inflated or bursting, the contents are most likely ruined. Yeast and microbes that ruin food produce fumes that swell your soup receptacle, leading it to burst or inflate. Sharp or huge holes in the container might also enable germs to penetrate and ruin your soup.

If your soup’s container has been opened and seems rusty or inflated, it may have accumulated botulinum toxin, which is particularly environmentally damaging. To purify the container, cook it in water for 30 mins before tossing it away.

If your soup has been correctly preserved, appears and smells nice, and has no symptoms of damage or bulging on the receptacle, you may try it.

If it doesn’t seem bad or spoilt, and you don’t feel like vomiting right away, it’s safe to eat. However, if it is rotten, nasty, or disgusting, it is ruined and should be discarded immediately.

A few people believe that re-boiling soups make them edible. However, it’s wrong.

Although re-boiling may eliminate specific bacteria, including salmonella and E. coli, many hazardous microbes, including those that produce botulism, create passive capsules that can withstand the re-boiling procedure. When the soup cools down, these cells may germinate and proliferate.

While re-boiling soup can destroy viable bacteria, leaving it on the stove for over 10 mins may also encourage the activity of botulinum toxins. If you forgot to store your soup in the fridge overnight, you may recook it in the morning and store it again.

Since the soup was not cold enough to enable the growth and multiplication of germs, this procedure typically makes it safe for ingestion.

However, suppose your food was left at room temperature for 72 hours without freezing. In that case, it is expected to have accumulated contagious Bacillus cereus colonies, Clostridium botulinum bacteria, and Clostridium perfringens cells containing high-level toxicity.

In this case, re-boiling this sort of food may make it safe to eat as it eliminates germs. However, it affects your soup’s quality, nutrients, texture, flavor, and odor.

How long does soup last in the fridge? Now you know the answer. Remember that although it might not get spoiled immediately after the stated time, it’s definitely unsafe for consumption. Thus, it’s best to throw it away!

For more cooking and lifestyle tips, check our Eatnlivewell website!

Recently, I stumbled into the role of a blogging business consultant. Far and away, many "bloggers" have reached out to me for guidance on improving their current or future blogs, as well as cooking tips. There is a likelihood that the blogosphere is becoming oversaturated, yet I still think that anyone can start a blog on the spot and nail it. Regarding my passion, I do cover the essentials of getting started with delicate food recipes and live-well advice under an eye of a gastronomer or well-experienced guy. The time for talk is over; it's time to act. Anyway, hope that my writings are worth your me-time and fulfill your moments.