Why Do People Eat Cornstarch Straight From The Box When? These Three Reasons Will Help You 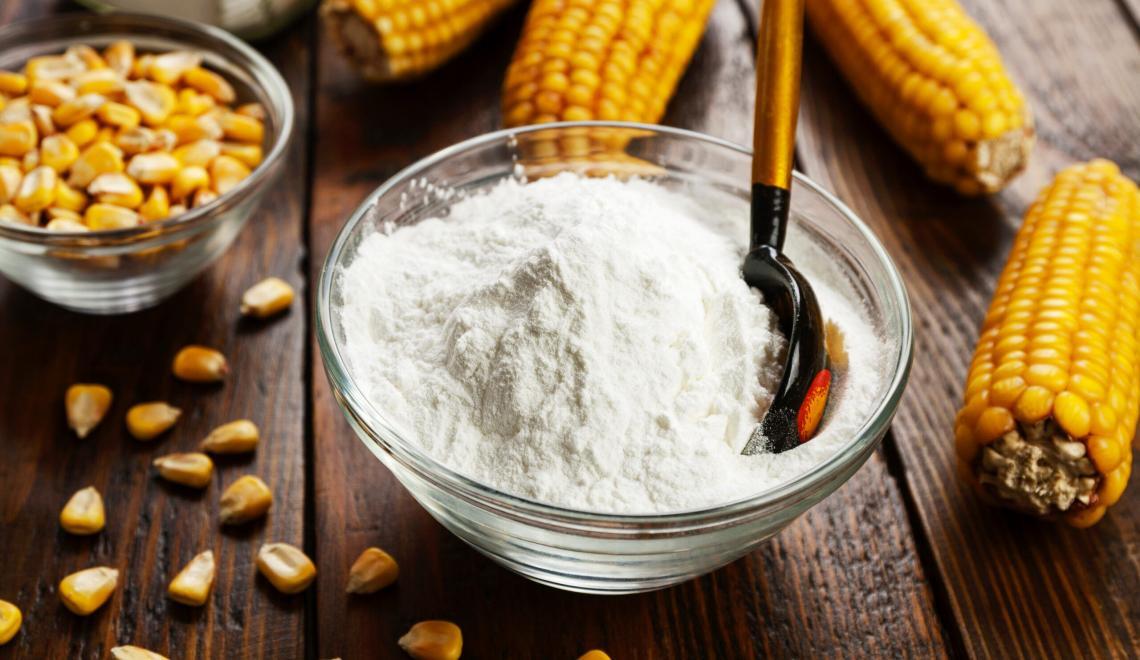 If you’ve been active on your social media, you’ve probably seen some weird content that people are into; one of them is eating cornstarch. These apps are a cesspool of the most bizarre content, after all, and eating cornstarch is relatively normal compared to the other stuff there. But if that sounds weird to you, you have to know that you don’t have to be in the dark corners of the web to see videos of eating cornstarch as there are ASMR videos and cornstarch eating challenges with the hashtag #CornstarchEating on TikTok and YouTube. But why do people eat cornstarch straight from the box?

Normally, cornstarch is a thickening agent for cooking and making gravies, sauces, marinades, soups, and casseroles. Of course, we’ve all heard of the other ways of using cornstarch, but what’s puzzling is that people eat it raw, and it’s a growing trend. It’s too bizarre that we need to get to the bottom of it to understand the logic behind it.

If you’re like me, who’s asking yourself, “why do people eat cornstarch right from its box?” then you should know there are reasons for it, even if it seems there’s none. So, let’s look at those reasons and 3 facts about cornstarch that would either make you want to eat it raw or be weirded out by the cornstarch eating trend more.

Three Reasons Why People Eat Cornstarch Right From The Box

To many people, eating raw cornstarch isn’t something you see every day, but some people don’t seem fazed by it as they know people who consume it straight from the box. If you’re wondering why here are some reasons:

It Could Be Because Of An Eating Disorder

Some say that people like eating cornstarch raw to satisfy their unusual cravings for strange food, which resembles a compulsive eating disorder called pica. This disorder would usually cause people to eat non-food objects too, like plants, paper, hair, dirt, and in this case: raw cornstarch. But can you eat cornstarch raw? Well, since it is technically food, it is edible, so you can eat it, but there’s not much nutritional value in it.

Do you like eating fish? Click here to find out the best pans for cooking fish, then.

It Could Be Because Of The Experience

It looks like eating cornstarch is something that some people usually do to pass the time. Some people do it for the same reason you’re eating chips, they like the taste of it. Of course, eating is not just about the taste of the food but the sensation it brings to your mouth. While it doesn’t have much of a flavor, it’s crunchy and gives your mouth an experience that’s almost like eating your favorite snack. If you’re curious how to make cornstarch chunks, you need to put it in a bag, cover it in foil, boil it, then voila: you’ll have cornstarch chunks. Now you have a pack of Oreos, except that the cookies inside are cornstarch chunks.

It Could Be Because Of The Attention It Brings

As we mentioned, people film themselves while eating raw cornstarch for ASMR videos purposes, which go viral for all the weird reasons. These videos also make money, so it’s understandable why people do it. But can you eat cornstarch raw? You can, but you shouldn’t because it is high in calories, and it could cause iron deficiency, anemia, and some digestive issues as raw cornstarch could have bacteria that are unhealthy for you, just like chicken left out of the fridge for overnight.

Now that we’ve speculated on the possible answers to the question, “why do people eat cornstarch straight from the box?” it’s time we look at some facts about cornstarch. Doing so would possibly allow us to find more reasons behind the strange cornstarch-eating trend. Here are some facts about it that you might find interesting:

If you have gluten-related illnesses, we have good news for you: cornstarch is gluten-free, so if you’re planning on trying the raw cornstarch-eating trend, it would be safe for you. It also has a low amount of saturated fat and cholesterol as it’s mostly carbohydrate with high starch content. But you have to be aware that cornstarch is low in essential nutrients and could even increase your blood sugar levels. It could also be bad for your heart, unlike tofu. Unfortunately, you can’t have it all.

Cornstarch Is The Perfect Thickener

Are you looking for a way to thicken a recipe you found on YouTube without much luck? Look no further because, as we said, cornstarch is a thickening agent, and it’s mainly for thickening any recipes. Just so you know, it thickens any food far better than flour and appears clear in liquids, so you don’t have to worry about the discoloration of your food.

Another reason that makes cornstarch the perfect thickener is that it loses any of its semi-non-existent flavors when it’s cooked. So, whatever you’re making, you don’t have to choose between making it thick and altering how it tastes with cornstarch. It could also give your baked goods a crumbly texture and more moisture.

Cornstarch Is Used For Other Things Besides Cooking

You can mix cornstarch with other ingredients to use it for something else besides preparing food. Source: cadryskitchen.com

While cornstarch is mainly known as a thickening agent, it can also help remedy skin irritation, itchiness, and sunburns. Its uses don’t end there, as you can use cornstarch as a deodorant by mixing it with coconut oil, essential oil, and baking soda, then you need to microwave the mixture. Some people even use cornstarch as a dry shampoo, bug bite relief, stain remover, and more. There’s a seemingly endless way on the alternative uses of cornstarch.

But does cornstarch go bad? No, it doesn’t, as it has an indefinite shelf life as long as you keep it dry and stored properly. You should only worry about it when bugs or moisture gets in the package. For the most part, though, you can use even expired cornstarch as it doesn’t lose its potency over time.

Now that we’ve answered the question, “why do people eat cornstarch straight from the box?” and explored its advantages and disadvantages, you might need to consider alternatives to using it. Apparently, it’s not the healthiest ingredient out there, and there are other products like wheat flour, whey powder, arrowroot, potato starch, tapioca, and more you can use. So, the next time you’re thinking of eating cornstarch raw or using it in whatever you’re cooking, ask yourself if you really need to add it in. Chances are, you don’t need to, and you can use a replacement instead for your food’s healthier outcome.